The mission of the UUCSR Men's Group states:

Men’s Group shall create environments for men to come together and share their needs and aspirations with each other, so as to grow personally, emotionally, intellectually, socially, and spiritually. While continuing to evolve and define itself, the Men’s Group seeks new and interesting activities and fosters discussion and mutual sharing among members. Monthly meetings are open to all as are occasional retreats and speakers. 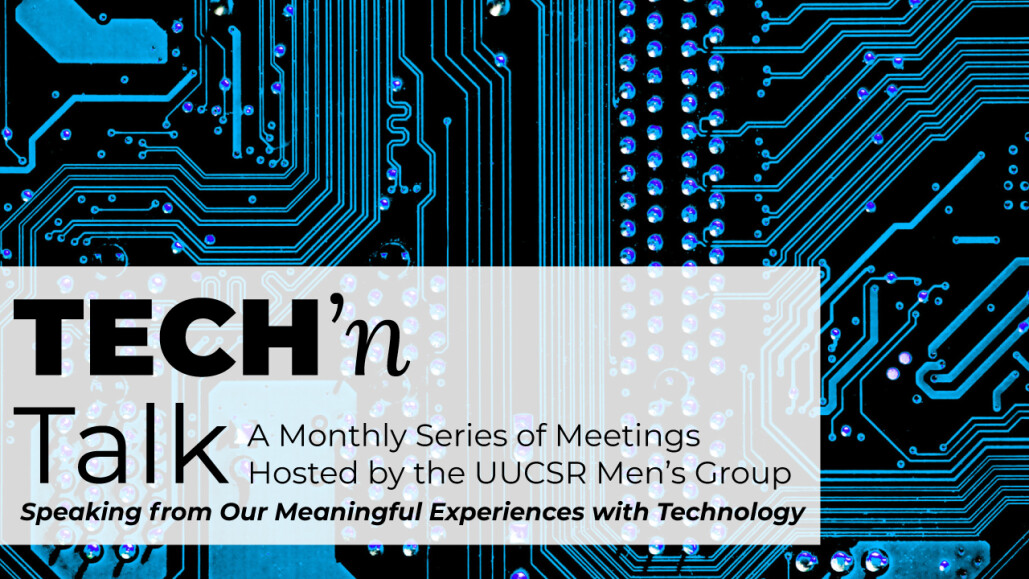 TECH’n Talk | Second Tuesdays* of the Month (September–June) | 7:00 PM | via Zoom
*see dates below for exceptions 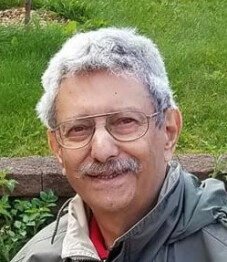 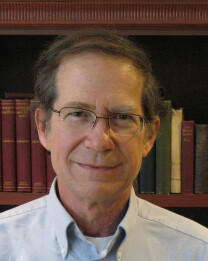 NOVEMBER 1, 2022: Discussion of a Survey of our Congregation’s Youth and Young Adults Technology Interests and Attitudes, Led by members Wally Brown and Claudia Barbey

JANUARY 10, 2023: Artificial Intelligence (AI): Its Many Natures and Its Pros and Cons, Herb Klitzner and Gerry Matusiewicz

FEBRUARY 14, 2023: Space Voyages Past and Future: A Look at the Futurist Proposals for a Mars Mission, “My Experiences Creating a Computer Program to Control the Lunar Lander Astronaut Simulator"  Gerry Jalazo interviewed by Gerry Matusiewicz, plus a commentator on the projected Mars missions

MAY 9, 2023: Advanced Technology’s Possible Future Uses by Members at UUCSR – Exploration of possible future demonstration projects to imaginatively use AI in the congregation. Example: a personalized “front-end” interface for using a UU History database (www.uudb.org ). Herb Klitzner and Gerry Matusiewicz

The thinking underlying the Men’s Group’s creation of the Tech ‘n Talk Series: Speaking from our Meaningful Experiences with Technology is that when people talk directly from their own experience, instead of only from abstraction or ideology, they learn meaningful things about each other, they draw closer and deeper. They have the opportunity to become more trusting and interested in each other. They want to continue and extend their relationships.

These are central principles of the modern public-conversation-holding movement, of which I have been involved in for ten years now as a planner and moderator with Ron Gross and the organization, Conversations New York.

We are helping to build community when we Men’s Group members see new aspects of each other in this way and learn from each other. I learned, just in the planning stage, that our speaker on electric cars, Herb Waldren , was a graduate philosophy major in a California university and that my co-leader, Gerry Matusiewicz, is an experienced Zoom host and Toastmaster’s trained public at the Rotary Club and the Kiwanis organization.

And we build community when we invite interested people in the larger congregation to plan and participate with us, as we have done on every level from Advisory Group, including Rev. Jaye Brooks and Board member Claudia Barbey, to creative assistance from our staff, especially including Sharyn and Jen, to interested members of the congregation, with varied backgrounds and locations stretching from here to Chicago, where Rick and Nancy Van Dyke now reside, but receive the Quest.

In fact, our newest member of the Men’s Group is Fabrice Bukebuke, an off-site member who lives in Rwanda, Africa, one of nine new members of the congregation who took their orientation sessions and Sunday worship services online during the pandemic.

This is an exciting group of people to work together with.

Thoughts on the Nature of Technology  One of best perceptions of the nature and effects of our current and all previous leaps in technology comes from a historian of Ancient Rome and Greece who lives in Italy, Aldo Schiavone, age roughly 75. In his short but dramatic book, What is Progress, Schiavone (2021) writes:

The history of technology and the history of self-determination are not the same thing … and do not proceed together. But the first [History] is what gives the second [Self-Determination and Social Control] the possibility of existing. And if in the latter we can trace an arrow … we owe this to the direction of the other. We are looking at two arrows cocked at the same time by twin bows that aim, separately and at different angles, at the same target. [underlining is my own emphasis] (Schiavone, 2021, p. 100)

Schiavone say that degree of advancement determines the maximum that a society can theoretically achieve, in other words it is a ceiling. The more you try to suppress technology, the less your society can aspire to build or fix. For example, see the relationships between shipping and trade, or antibiotics and healing.

But technology in evil or incompetent hands can damage or destroy a civilization. Therefore, applying the power of social control over technology is a necessity. But it is a reaction to technology, and so there is always a lag. Hopefully, it comes before bad consequences become irreversible. In effect, this translates into a probability distribution. Some societies apply the control in time, effectively, and some don’t.

This is how a historian pictures the situation. Schiavone has the strong conviction that, today, the degree of a constructive kind of global integration helps the odds – not global political union but the application of process awarenesses and resolutions of need. Buckminster Fuller called this integrity, a characteristic of a system, and Carl Jung called it individuation” (from the word “indivisible”).

Future Programs Next Year and Beyond

Individual Men’s Group Members’ Involvements with Technology  Over half of our members have been involved with some form of advanced computer or electronic or medical technology, or related topics, either in personal life or at work:

Please contact Committee Liaison Sharyn Esposito with Questions about Men's Group programs. Sharyn may be reached weekdays at  or 516.472.2960. 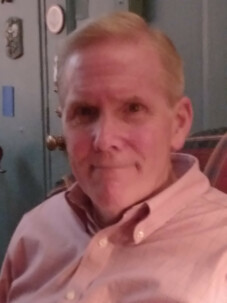