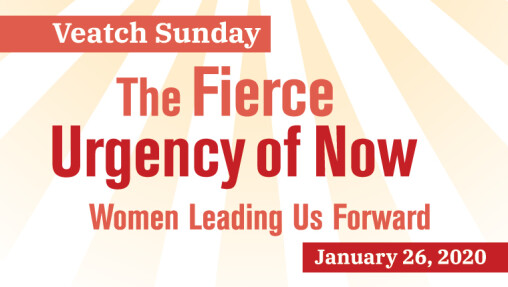 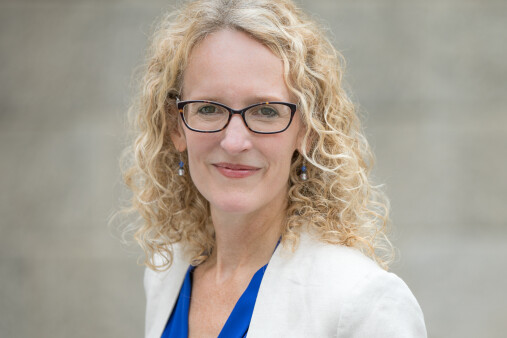 Featuring an inspiring sermon from Rev. Jennifer Butler, Founder and CEO of Faith in Public Life.

Rev. Butler will speak to the historical importance of the Rev. Dr. Martin Luther King Jr.'s stirring words, first spoken in 1963 during the March on Washington, to respond to the "fierce urgency of now" — and why this call to action is more important today than ever before.

Rev. Butler has been heeding Dr. King's advice for years — by promoting faith in the public square as a positive and unifying force for justice, compassion and the common good. Following her inspiring sermon, Rev. Butler will be joined for a panel discussion by several other Veatch grantees who will likewise speak to the "fierce urgency" of our times — and the critical role women play in social justice movements.

Jennifer Butler is the founding CEO of Faith in Public Life, a strategy center that promotes faith in the public square as a positive and unifying force for justice, compassion and the common good. Since its founding in 2005, Faith in Public Life has broadened the debate over the role of faith in politics and public policy by amplifying progressive faith voices in the media, challenging the narrow agenda of the religious right, and building diverse coalitions with national and state-based partners on moral issues such as health care, immigration reform and economic justice. Before starting Faith in Public Life, Rev. Butler served as the Presbyterian Church (USA) Representative to the United Nations (UN).

Shireen Zaman, Director of the RISE Together Fund

Shireen Zaman is the Director of the RISE Together Fund, (formerly known as the Security & Rights Collaborative) at the Proteus Fund, where she leads efforts to mobilize resources to grow promising, innovative community-based organizations in America’s Muslim, Arab and South Asian (MASA) communities. The RTF’s support to the MASA field has led to an increase in grassroots leadership, higher levels of civic engagement, diverse coalitions, and coordinated, strategic messaging. Shireen comes to the RTF having led organizational transformation, resource development, and program management at several nationally recognized nonprofits. Most recently, she was Executive Director at the Institute for Social Policy and Understanding in Washington, DC. In 2013, Shireen was recognized as a White House “Champion of Change” for her work as an Asian American woman leader. She currently serves as an advisor to the Muslim Philanthropy Initiative at the Lilly Family School of Philanthropy and as a trustee at The Langley School in Virginia. She holds a B.A. in Human Development from Boston College and an M.A. from the School of International Service at American University.

LaTosha Brown is an award-winning organizer, philanthropic consultant, political strategist and jazz singer with over twenty years of experience working in the non-profit and philanthropy sectors on a wide variety of issues related to political empowerment, social justice, economic development, leadership development, wealth creation and civil rights. She is the co-founder of Black Voters Matter, a power-building southern-based civic engagement organization that played an instrumental role in the 2017 Alabama U.S. Senate race. Ms. Brown is the principal owner of TruthSpeaks Consulting, Inc., a philanthropy advisory consulting firm in Atlanta, GA. For more than 25 years, she has served as a consultant and advisor for individual donors, government, public foundations and private donors. Throughout her career, Ms. Brown has distinguished herself as a trusted expert and resource in political strategy, rural development and special programming for a number of national and regional philanthropies. She is the founding project director of Grantmakers for Southern Progress.

Stephanie Teatro is Co-Director of Tennessee Immigrant and Refugee Rights Coalition (TIRRC), a statewide collaboration whose mission is to empower immigrants and refugees throughout Tennessee to develop a unified voice, defend their rights, and create an atmosphere in which they are recognized as positive contributors to the state. TIRRC also leads award-winning initiatives to bring U.S. born Tennesseans together with their new immigrant neighbors to reduce tensions, build more welcoming communities, and strengthen our multicultural democracy. Stephanie has been working with TIRRC since 2012 and prior to becoming the Co-Executive Director, she served as the Director of Advocacy where she led programs to build the capacity of grassroots immigrant leaders to speak for themselves, to engage fully in the civic process, and to advocate for policies that make it easier for everyone to fully participate in public life. Stephanie is also the Co-Director of TIRRC Votes, a new 501(c)(4) organization launched in 2018 to strengthen and expand our democracy by building power in immigrant and refugee communities and advocating for equitable and inclusive public policy.

Rev. Jennifer Butler of Faith in Public Life speaks to NPR about the religious left "finding its voice."

Stephanie Teatro, of Tennessee Immigrant & Refugee Rights Coalition, on why Nashville must be inclusive of immigrants

Shireen Zaman of the RISE Together Fund listed among "influential network" of American Muslim leaders.

LaTosha Brown describes why talking to voters year-round about issues makes all the difference.