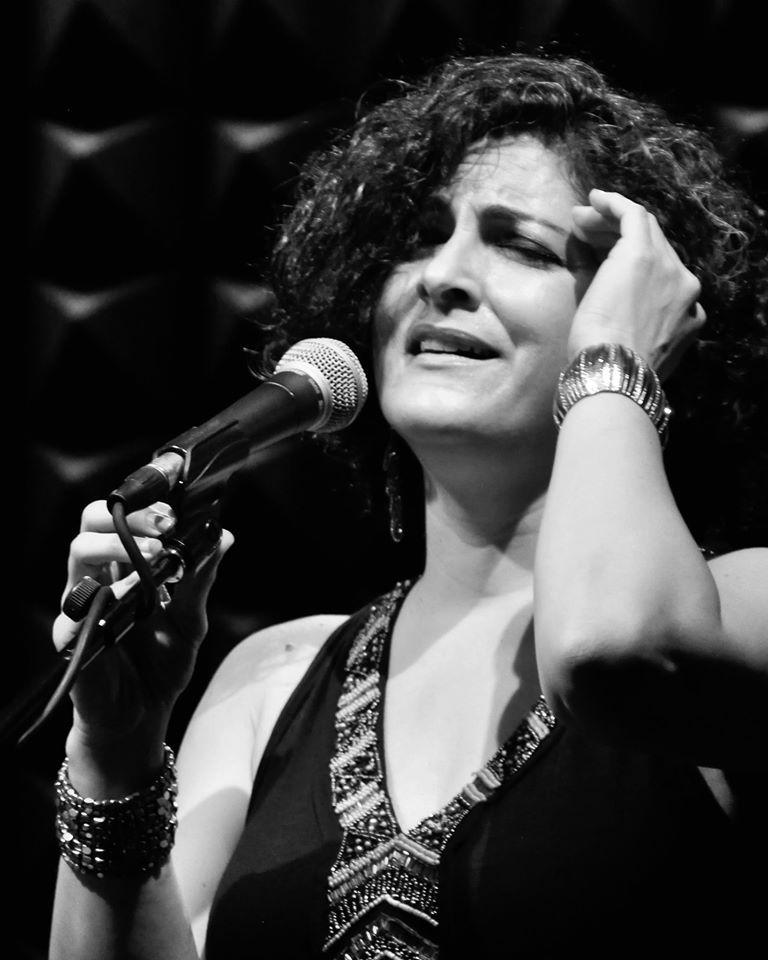 Syrian refugees to benefit from concert at LI congregation

Gaida, a New York-based interpreter of traditional Syrian music, will perform at a Manhasset faith group's fundraiser on May 19, 2017, to benefit refugees from Syria and other conflict zones in the world. (Credit: Susan Schiffer)

The songs will be about peace, about love and about memories of life in Syria before the rockets started falling.

The concert, featuring the vocalist Gaida, known for her soulful interpretation of traditional Syrian music, will be about more than nostalgia. Her band will accompany her.

A Manhasset congregation is hosting the May 19 event to raise funds for people from Syria and other conflict zones who have been displaced by war and other threats, and who seek a new start in the metropolitan area.

The Unitarian Universalist Congregation at Shelter Rock, already involved in backing relief efforts for displaced people in Europe, is sponsoring the fundraiser to assist refugees here who need help with food, clothing and shelter.

The congregation is absorbing the event’s costs to donate ticket proceeds to resettlement work by the nonprofits Catholic Charities, based in Amityville, and Church World Service, based in Jersey City, New Jersey.

The effort, said the Rev. Ned Wight, the interim senior minister, affirms his congregation’s belief in “the inherent worth and dignity of every person.”

“This, we feel, is of particular importance with regards to welcoming strangers and refugees,” Wight said. “We are a faith community and one of the things we want to do is bring the power of love and possibility to confront the power of fear and threat” that he said permeates the debate over refugees.

The displacement of more than 11 million people caused by civil strife in Syria, in particular, has caused hundreds of thousands of asylum requests in countries throughout Europe and the Middle East. The United States had received just over 18,000 Syrian refugees as of December, amid controversy on a 10,000 yearly goal set by former President Barack Obama.

President Donald Trump sought to suspend refugee admissions with a travel ban now being reviewed by federal courts, but more than 3,500 Syrian refugees had been admitted nationwide through the first quarter of this year, according to the Migration Policy Institute, a nonprofit in Washington, D.C.

The concert, at $20 per adult for tickets bought in advance or $25 at the door, is scheduled that day for 7:30 p.m. at the congregation’s worship room at 48 Shelter Rock Rd. It will specifically help refugees already on Long Island — one family from Afghanistan living in Huntington Station; an Afghani who was an interpreter for Americans and now lives in Levittown; and a Salvadoran family living in West Hempstead. Syrians who will benefit have been resettled to New Jersey. Others yet to come may receive aid from those programs.

The concert resulted partly from advocacy by Latifa and Colin Woodhouse, congregation members from Great Neck who have traveled to refugee camps on aid missions.

They’ve been moved by the suffering they’ve witnessed, but also by the optimism and humanity of the refugees, she said.

“These are human beings just like us,” said Latifa Woodhouse, 63. “Their children need education and love, just like ours. Their children are becoming part of our society and if we open our hearts to them and accept them as people . . . we can enrich their lives and they will enrich our lives.”